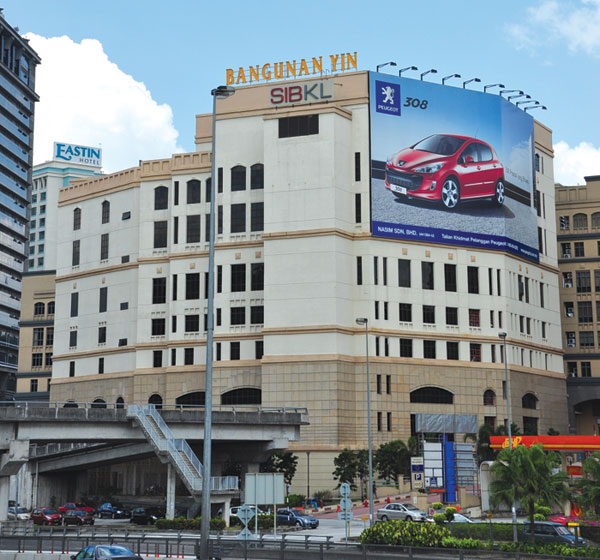 SIB or Sidang Injil Borneo is one of the most established churches in Malaysia. In Kuala Lumpur, it is located in Bangunan Yin at the border between Selangor and Kuala Lumpur. As a church, SIB has been around for almost 90 years which was started in Sarawak.

Hudson Southwell, Frank Davidson and Carey Tolley came from Adelaide in Australia to Sarawak in October 1928. There, the 3 met Alexander Henderson who was a merchant where they started the Borneo Evangelical Mission.

The island of Borneo then was very different from how it is today where it was filled with thick jungles and uncharted areas. The missionaries had to work around the tough environment as well as the local people where they managed to master the local dialects and language and started to spread the Word of God.

Through perseverance, patience and faith in the Lord, the missionaries converted hundreds and thousands of natives and SIB grew from Sarawak and then into Sabah. The local lifestyles of the people in Sarawak changed tremendously and today, they are part of one of the largest churches in the country where it has more than half a million members in Sabah and Sarawak alone.

In 1999, SIBKL became a cell church for SIB. As one of the very prominent churches in the region, SIBKL operates more than 90 cell groups for its members across the region. Catered to people from all walks of life, there are cell groups for teenagers, young adults and adults while those who are studying in colleges can attend the College Cells.

SIBKL carries out its weekly Sunday sessions in Bangunan Yin while it has respective movements for members from all walks of life. The Prayer Ministry provides services for members of SIBKL to receive support where necessary while there is the Performing Arts Ministry which is involved in various areas of the arts like music and drama. The Welcome Ministry provides services for those who are visiting the SIBKL either for the first or second time while there are support services for the youth, toddlers, women, senior citizens and many more.