The Chapel of Immaculate Conception 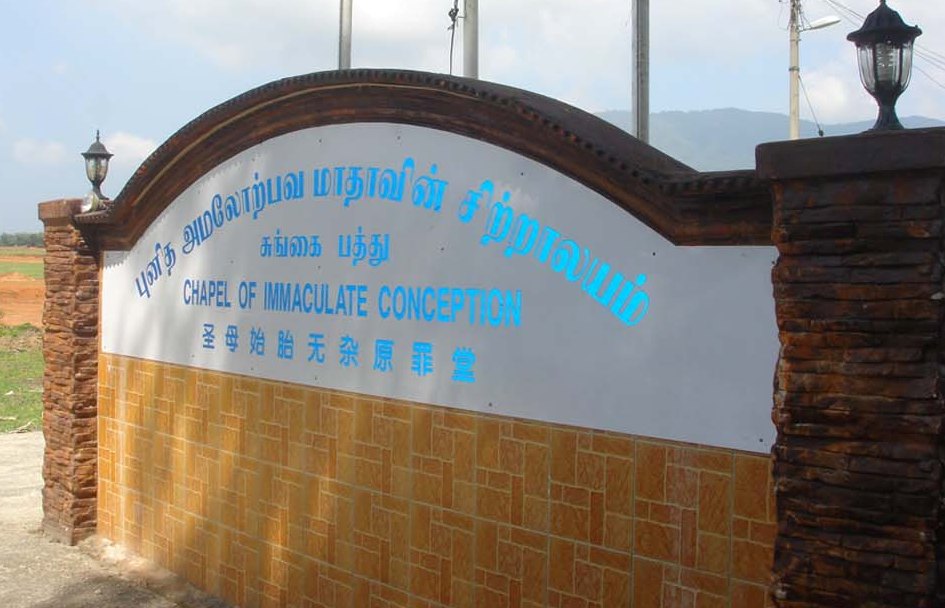 Located in Sungai Batu in the state of Kedah is The Chapel of Immaculate Conception. This Catholic Church has been around for about 80 years now since it was established back in 1935. Then, the church was set up by the estate management for the devotees of the area.

Its original location was later used for development by the state government in 1981 which for the next 6 years would occupy an empty house for the celebration of masses. It was only after that which the present location was used to build the chapel contributed by Mr Stanislaus, one of the parishioners here. The church then worked relentlessly to erect the building and was then officiated by the then priest Fr Marshall Fernandez in late 1987.

This celebration is very significant as it observes the ‘solemn belief in the Immaculate Conception of the Blessed Virgin Mary’. In fact, it is celebrated around the world which marks an important date of the Marian feast of the liturgical calendar. Besides Sungai Batu, it is said that the Feast of the Immaculate Conception is observed in other countries like Argentina, Brazil, the Philippines and others while countries like Macau, Spain and Portugal actually declare this a public holiday.

Each year, the Chapel of Immaculate Conception is celebrated on the ensuing Sunday. It is usually held with a mass carried out in Tamil and Mandarin in order to cater for the families residing here. Besides that, the church plays an integral role as a support platform for those seeking peace and solace through their faith with related programmes and activities.

Church of the Sacred Heart of Jesus
January 6, 2016