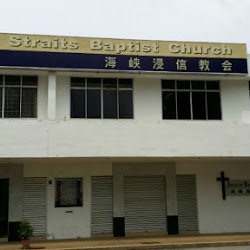 It would then grow quickly and by the grace of God moved into a shop house in Melaka Raya which was the former location of another church in 1998. It was then officially named Straits Baptist Church and was inaugurated some 5 months later. 2 years after that in 2001, the Straits Baptist Church moved to Bukit Beruang into its own premise and the first session was held in December that year.

From there, the Straits Baptist Church grew in numbers and 3 years later, the church bought the building next to it. Throughout the years, the church has expanded its reach by adding new sessions including incorporating the Chinese congregation while a Bahasa Malaysia session was started in 2006 which will eventually be held at Sungai Udang.

The Straits Baptist Church carries out several ministries including one for the youth, for the children, the women as well as an Adult Sunday School while holding Sunday worship session in Mandarin, Bahasa Malaysia and English. Care group meetings are held to better support its members through fellowship while prayer meetings are held weekly as well.