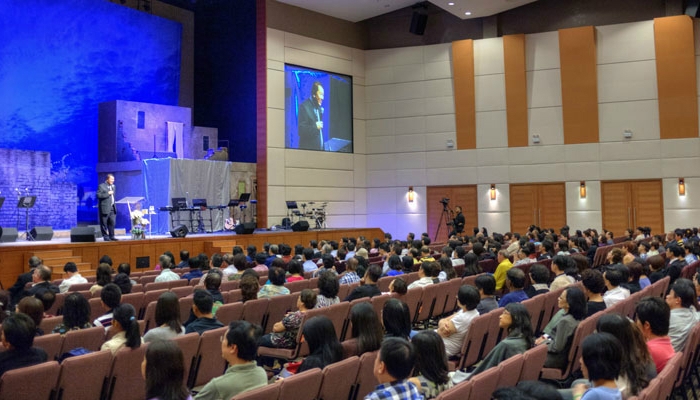 One of the most established churches in Malaysia

The Tabernacle Assembly was established in Taman Melawati in Kuala Lumpur which was still quite undeveloped then. The church was built in the vicinity of several malay villages at a Muslim-majority location. However, it was the TAR (Tunku Abdul Rahman) College and Malaysian Institute of Art (MIA) that helped to grow the church to where it is today.

Reverend Ong was then attached with the then Siloam Assembly of God (currently called Tabernacle of David) and with 12 members, built the new church.

When the church was first established, it was located above a tailor shop in the suburb and it could only accommodate up to 30 worshippers. In August 1982, the church held its first service and then 6 people were baptized the next year.

5 years later, the church moved to Jalan Negara 2 and by then, it has a congregation of more than 250 people. 3 years later, it would move to a larger building at the same street and in 1996, the church changed its name to Metro Tabernacle.

With a growing number of worshippers, it would then move to Desa Melawati into its own property by the end of 1997. The loan for the building has since been paid off.

Today, the church continues to administer to the people and believers. Each week, the church carries out multiple services for believers from all walks of life. In 2007, the construction of Wisma Philomath started and by January 2010, Metro Tabernacle had its own home built from the ground up which has its own facilities and such.