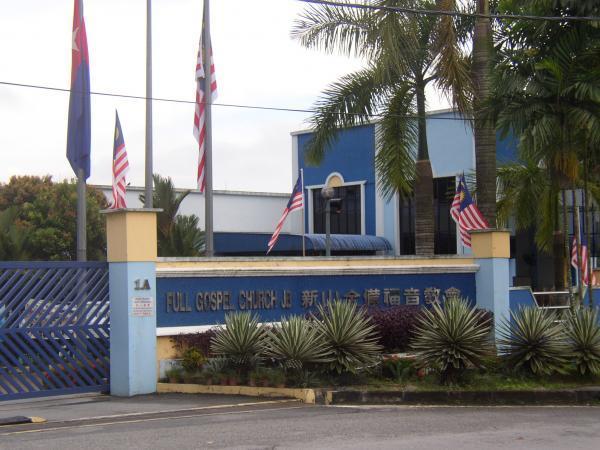 Johor Bahru is one of the major cities in Malaysia as it is the gateway from the south. This is where the Full Gospel Church Johor Bahru is located. The church was started by Mr Cheng Kai Ho who used the Chin Lin Dispensary and Optical Shop as the place for a weekly prayer and bible study group. From this small shop, who would have guessed that it would eventually grow into a full-service church it is today?

Mr Cheng would drive the group to Singapore on Sundays to attend the service there and it was this determination that inspired him to start a church along Jalan Ah Fook. The Full Gospel Church JB would then be born in May 1955 when a 5 men came together to pray. The Full Gospel Church JB would eventually become the first charismatic church in this city which would then be called the Church of Johor Bahru later.

The church then became the Full Gospel Church Johor Bahru after officially registering in 1981 and the church would then move to Taman Pelangi. Later on, the church would move again and this time to Taman Sentosa. More ministries were added to cater to the growing number of members. Later on, it would move again and after several setbacks, the Full Gospel Church JB settled down in Jalan Anggerik and it would continue to grow in size and membership into becoming one of the most prominent churches in JB and the southern region of Malaysia.