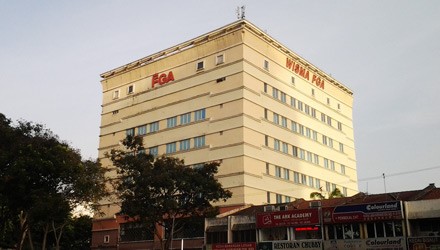 FGA was started by Dr Koh Eng Kiat and his wife in 1979. Then, the church was a small and simple set up which was held at the home of the couple. In within this small set up is the main Chinese church, its Ladies’ Fellowship, a youth group as well as several other ministries. The numbers would grow healthily very quickly and a year later, the church moved to a larger space.

This was to be in Section 19 in Petaling Jaya which could accommodate more people and in another year’s time, it would use the premises of Hotel Majestic. FGA would then established more support groups including the Hospitality Department and a library while the Christian Care Centre was set up as well. FGA would then continue to grow and it was then followed by the setting up of the Communion Department, the Music & Worship Department, and the Usher’s Department while the Children’s Church was set up for a dedicated movement for the young ones.

FGA would then move to Taman Goodwood in Jalan Kuchai Lama in 1984 which is where the current premises is located. With the new place, there were more space and facilities which prompted the church to expand its services. This is the time when the Pastoral Department and the Golden Years’ Fellowship catered for senior citizens were formed. A service in Bahasa Malaysia was added while the Tamil Church was set up some time later.

There was no looking back as FGA began expanding in terms of branches including one in Cheras, one in Wangsa Permai, in Sungai Buloh and in 2002, FGA opened up new branches in Kota Damansara and Kajang respectively.