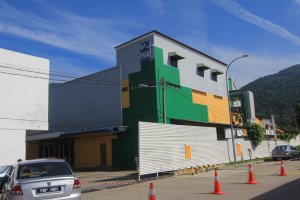 From the current site, the church then moved to the Gala Theatre which would then be where it operated until 1997. It would then move to the Majestic Theatre, the location it would then buy over and become the headquarters for FGA Centre. 2 years later, it would move to Wisma FGA Centre. The FGA Centre continued to grow in membership and size where it provides many ministries to support its members from all walks of life.

There are team to support members in English Language, Bahasa Malaysia, Tamil and Chinese. This means that the FGA Centre carries out celebration services in all the 4 languages as well as one in Myanmar. Besides that, the FGA Centre operates the youth ministry for the young adults, the children’s ministry via Mighty Warrior, the senior ministry for those in the senior ages and its own Boys’ Brigade as well. Cell groups play an important role in connecting with the members with people from all walks of life coming together in their respective areas weekly to be in prayer, fellowship and sharing.