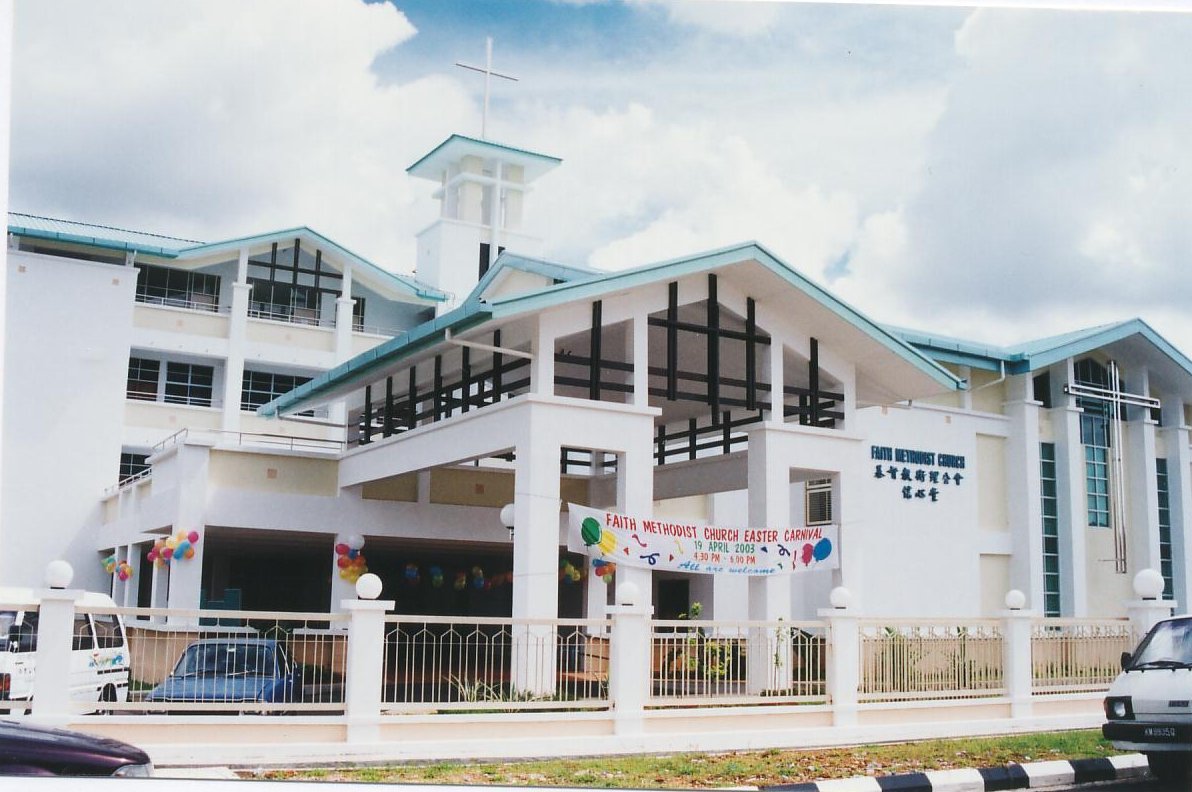 FMC or Faith Methodist Church has been around for more than 20 years now. It all started in 1995 in Kuching, Sarawak. Then, Reverend Dr Tie King Tai, a pastor at Trinity Methodist Church set up the Hui Sing Preaching Point which was then housed at the Hui Sing Commercial Centre, occupying a shoplot unit there. Later on, 2 double-storey shoplots would be used to accommodate the growing needs of the church.

During the early years, there were about 75 members attending the English Language service and 3 years later, a mandarin service was added and in 1997, the preaching point changed its name to Faith Methodist Church which is what the church is known today.

Later on, it would move to Hup Kee Premises and the first service in this new location was held in 2003 and this continues to expand. From a humble number of 75 people in the church, it would grow to more than 400 ten years later divided among the English and Mandarin service sessions. There are English and Mandarin Sunday Schools for the young Christians while the church has its own children choir as well. Activities organized by the Faith Methodist Church includes its own Boys’ Brigade, the Alpha Course, the Cili Padi Drama Group and the Vacation Bible School, among others. These progammes are administered via the many ministries and movements of the Faith Methodist Church to reach out to its members and to allow them to come together to serve the Lord in their own capacities and abilities.