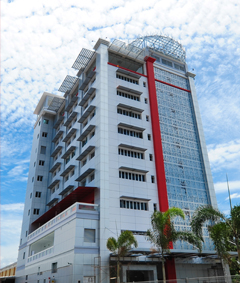 The Calvary City Church Tawau in Sabah first started out as Calvary Charismatic Church. It changed its name in 2010 to reflect the progression of the church in the current community. Calvary City Church started out in 1980/1981 with a humble beginning when it was a ‘Charismatic’ church. Today, it has moved to ‘Apostolic Call’ to better administer to the nation in the present environment.

Associated with the Assemblies of God of Malaysia, the church was planted by Rev Susan Tang who has been actively involved in various outreach programmes across Sabah. This was then known as the Calvary Charismatic Fellowship Tawau which by the nineties, the church would move to a larger space in order to accommodate more ministries and programmes. The church started out with a group of young believers who after completed their studies in the UK and West Malaysia came to Tawau and was moved by the Spirit to start a home fellowship for the people here.

Rev Susan Tang was then appointed to start the church there in Taman Bunga Raya in 1981. 2 years later, the church moved to Jalan Kuhara and in another 2 year’s time, it moved to a 6-floor premise which could cater to those speaking in Chinese and Bahasa Malaysia. It would then move to Jalan Datuk Chong Thien Vun in 1992 which continues to administer to the people until today. The church then continued to grow in size and expanded to provide more space and support for its members from all walks of life.