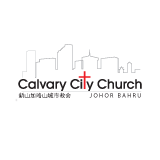 The church formally changed its name to Calvary City Church in 2009 so as to reflect its mission to administer and reach the people of the city of Johor Bahru, the capital of the state. The Calvary City Church has been growing steadily by faith and today operates several satellite churches around the city like Taman Universiti, Permas Jaya, Bandar Selesa Jaya and others.

In total, the church has more than 4,000 members, making it one of the largest congregations around. Services are held in different languages to cater to members from different communities. They are held in English Language, Bahasa Malaysia, Chinese, Tamil as well as in Orang Asli languages. The Calvary City Church has been successful in reaching out to the foreign workers in JB by preaching to those from Nepal and Vietnam, among others. As a church, it carries out community service projects like the Pusat Kebajikan Kalvari involving 30 homes for people with special needs and other requirements. Services are held on Saturdays and Sundays while the Calvary City Church organizes cell groups as a form of support service for everyone in the church in their respective areas to come together in fellowship and sharing.